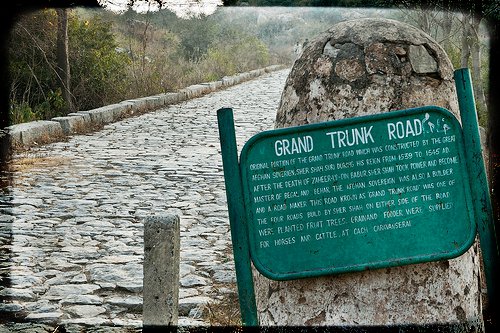 Our new special edition tour in India and beyond.

Why do we call it a special edition?….3 very simple reasons.

#1 The route is unique to any other route we have come across.

#2 We are not only showing you India. We now cross borders with Bangladesh to continue the GT road to include even more Big Hits like the Rocket and the Sundarbans.

#3 The route allows us to visit so many amazing cities and monuments. I would describe it as; India FULL POWER.

Let me start this blog post by telling you why we decided to name our tour; The Magnificent Grand Trunk Road. The history behind it is pretty interesting, so here we go.

The Grand Trunk Road is Asia’s oldest and longest road connecting South East Asia to Central Asia via the Indian Subcontinent. The more than 2500km stretch from Kabul, Afghanistan to Lahore, Pakistan continues via North India to finally stop in Chittagong, Bangladesh. The Grand Trunk Road was a name given by the British, but other names for the road include UttaraPatha (Road to North) and Shah Rah-e-Azam (Great Road). Nowadays it is easily referred to as the GT Road.

If you look up the Grand Trunk Road on Wikipedia it notifies us of how old the road is.
It literally says; Exist: antiquity – present. The road was created during the Mauriya empire in the 16th century, but was considerably upgraded during the British rule between 1833 and 1860. Till today it serves its purpose linking the Indian subcontinent. making way for travellers, post and goods to be transported all around the area.

For over 4 centuries, the Grand Trunk Road has remained, in the words of author Rudyard Kipling: “such a river of life as nowhere exists in the world”

The are cook books written about the amazing food along the Grand Trunk Road and even movie directors are keen to tell the story about this area. It is the history Conrad loves so much and has passed on to me. I am learning new things about this region everyday and I am very keen to share these findings with you. So let me break down the very best bits of the journey in Big Hits. Perhaps you have heard about them and maybe even visited a few, but linking these great cities together, making it the story of the magnificent Grand Trunk Road will give it a journey of a lifetime!

We have adapted the journey so we can visit the very best along this route. We do not entirely stick to the actual Grand Trunk Road, the history and importance of it will be our guideline along this journey. Starting in Amritsar the following two weeks into the route we uncover the organised chaos and beauty of cities like Delhi, Agra, Lucknow, Varanasi and Kolkata to later embark on the very special train, The Maitree Express, crossing borders into Bangladesh. Another 7 days awaits us to explore Bangladesh, including the world’s biggest Mangrove swamp The Sundarbans. Bangladesh also has the most rivers in the world, more than 700!You could say it is like India 50 years ago and with an abundance of river life. 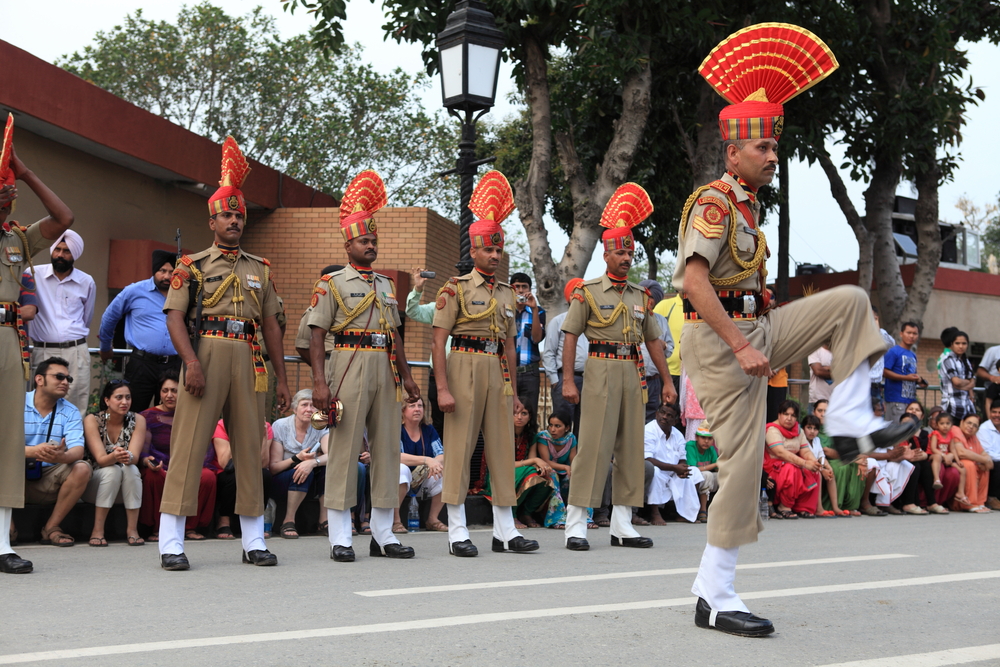 1. Closing of the Gates Ceremony

This interesting ceremony takes place every evening before sunset. It is a military practise between India and Pakistan since 1959 where they perform a somewhat “monthy-python-esk” , serious but also a humorous ceremony with goose stepping. The gates close and the flags are lowered a firm handshake and the ceremony is complete. 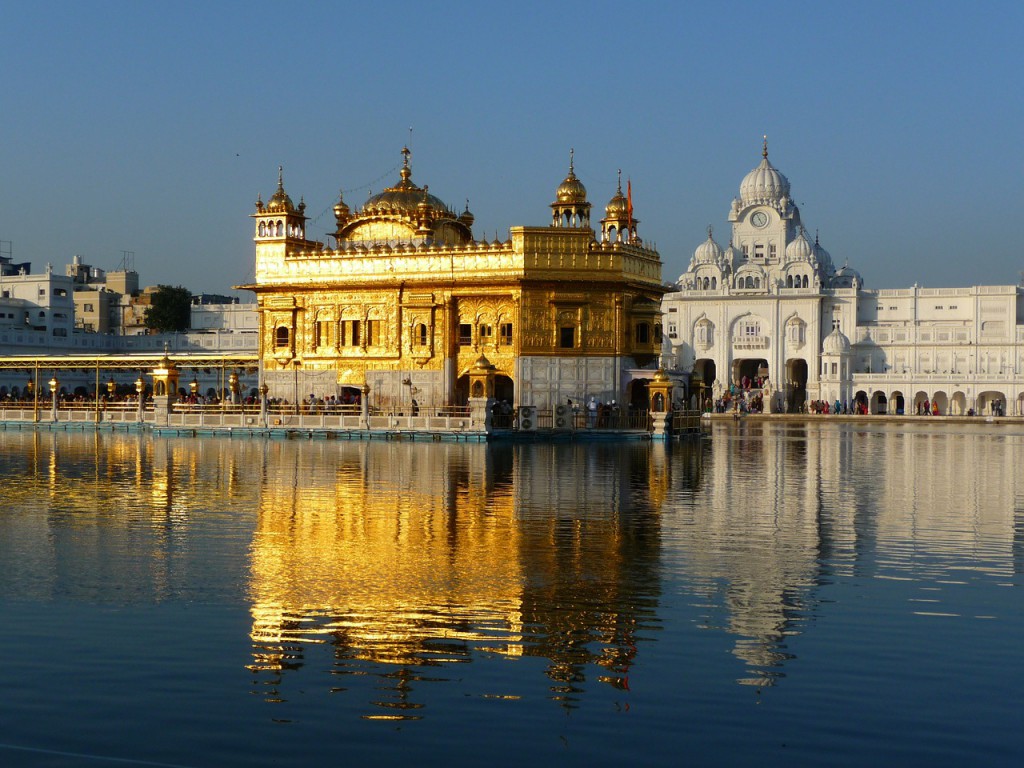 Amritsar is famous for her marvellous golden temple, the spiritual and cultural centre of the Sikh religion and in our opinion the best temple in India The important shrine receives 100.000 visitors a day, that is more than the Taj Mahal and in some people’s eyes more alive and inspiring than the Taj. 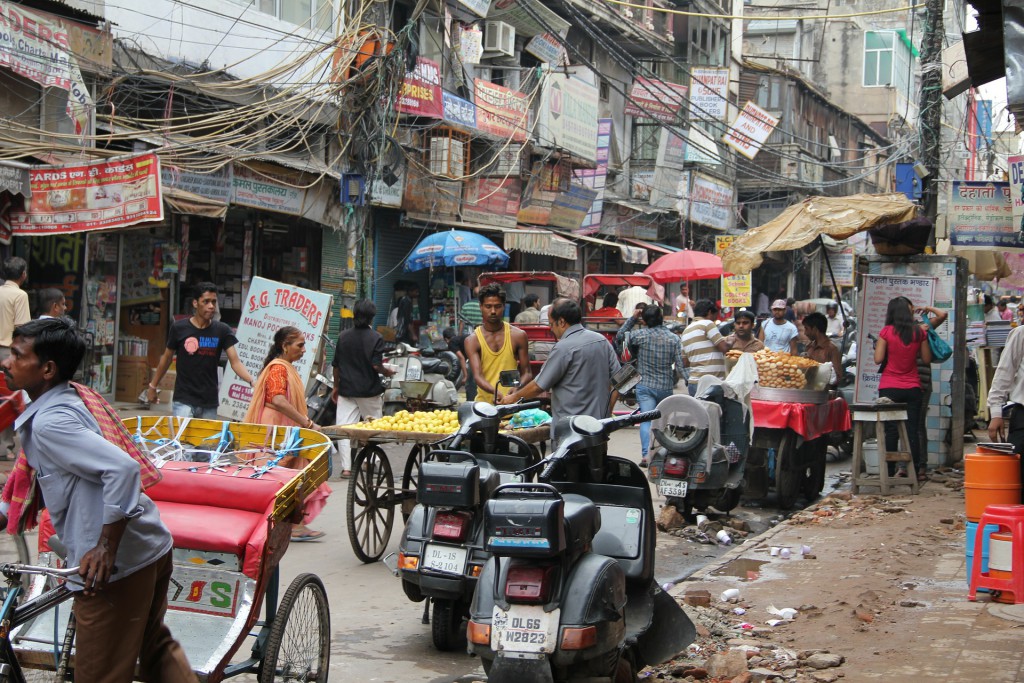 The organised chaos of Old Delhi is a beautiful spectacle to watch. The chai wallah’s are mixing their tea, commuters jumping in and out of rickshaws, dogs crisscrossing the streets and the odd cow. The tangled wires above could become a scene from a new Tarzan movie/Bollywood Action. The street food here is among the best of India and a food tour is therefore a must. 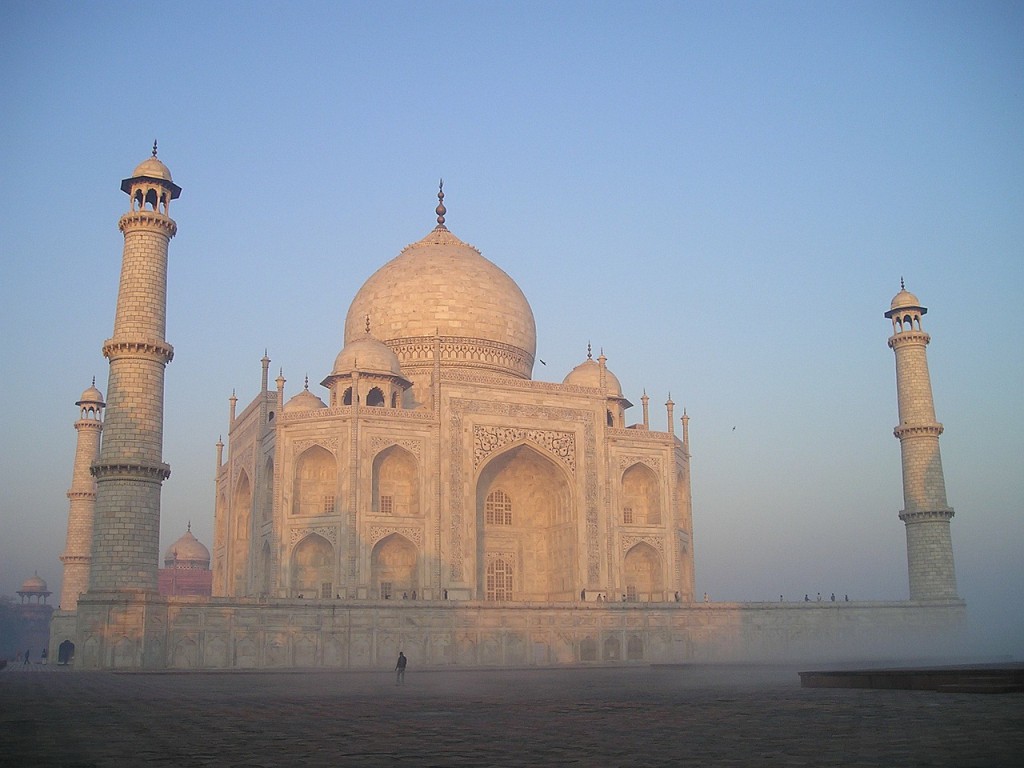 The Taj Mahal is for many the symbol of love and compassion. The emperor Shah Jahan built the Taj as a remembrance of his favourite wife Mumtaz , who died after giving birth to their 14th child. The emperor was devastated by her passing and wanted to create the most magnificent mausoleum to remember his wife by. The detailed design and gardens of the Taj are till today one of the greatest works of art. 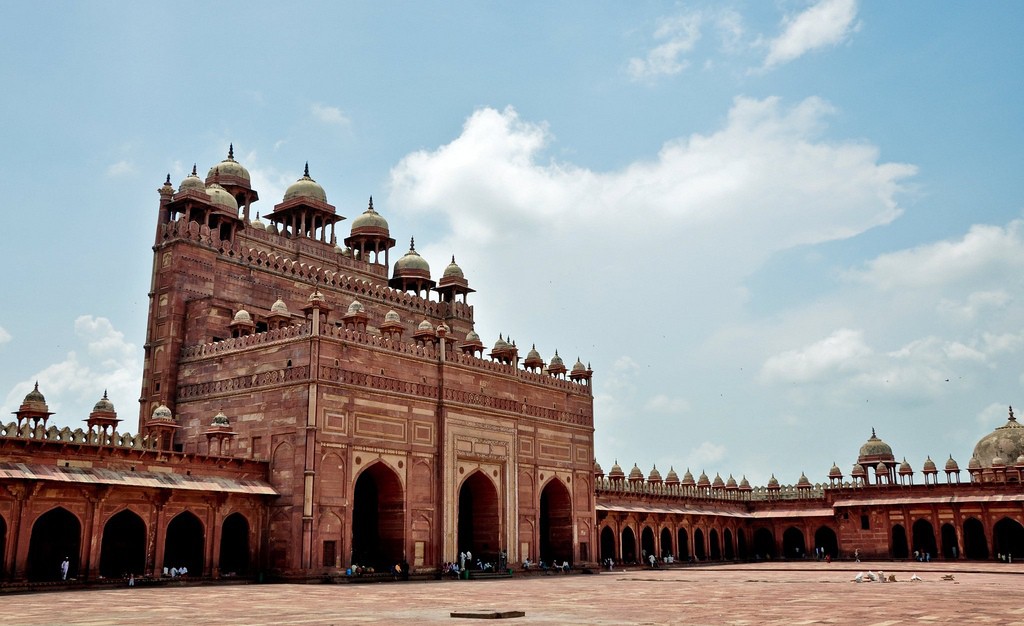 Shah Jahan’s grandfather, Akbar the great, built this ghost town in the middle of the desert after winning battles for more land in Chittor and Ranthambrore. He wanted to create a new capital, so he shifted from Agra to a place called Sikri where he built the unique looking Fatehpur Sikri with red sandstone engraved with Persian art. It is the best preserved Mughal monument in India. 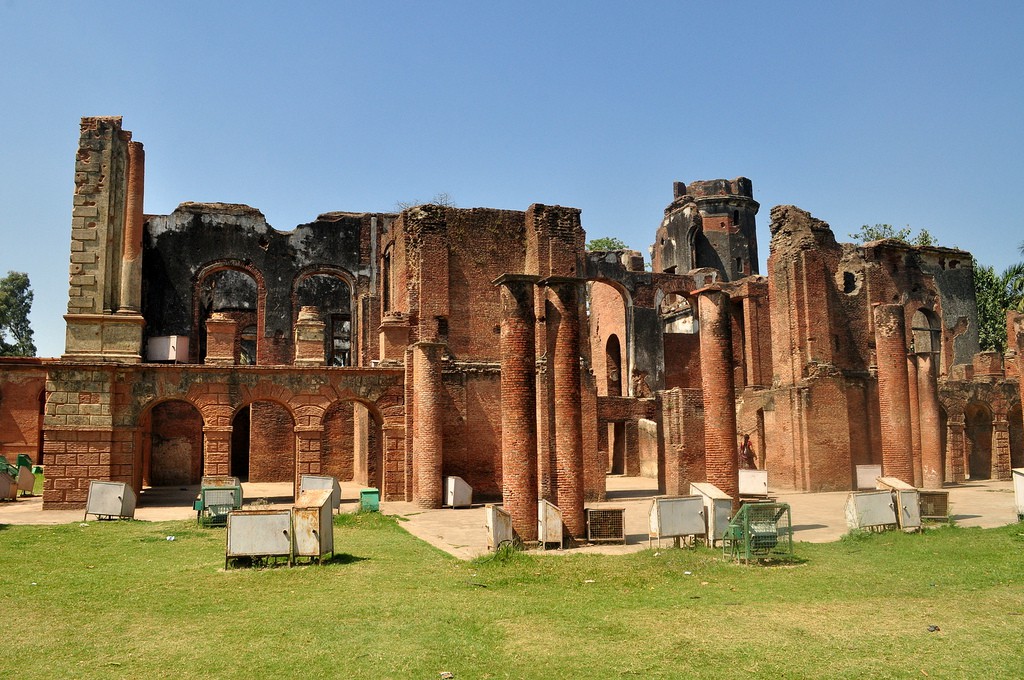 The Residency in Lucknow was annexed by the British East India Company in the state Awadh. It is also known as the siege of Lucknow as the rebellion took place in 1857.  The Indians fought back and did not give into the rationalising and evangelising activities of the company. The Residency, were colonels of the East India Company were residing was attacked by bombs and rebellious troops. Till today the evidence can be witnessed, bullet holes in the walls and canons in the gardens. 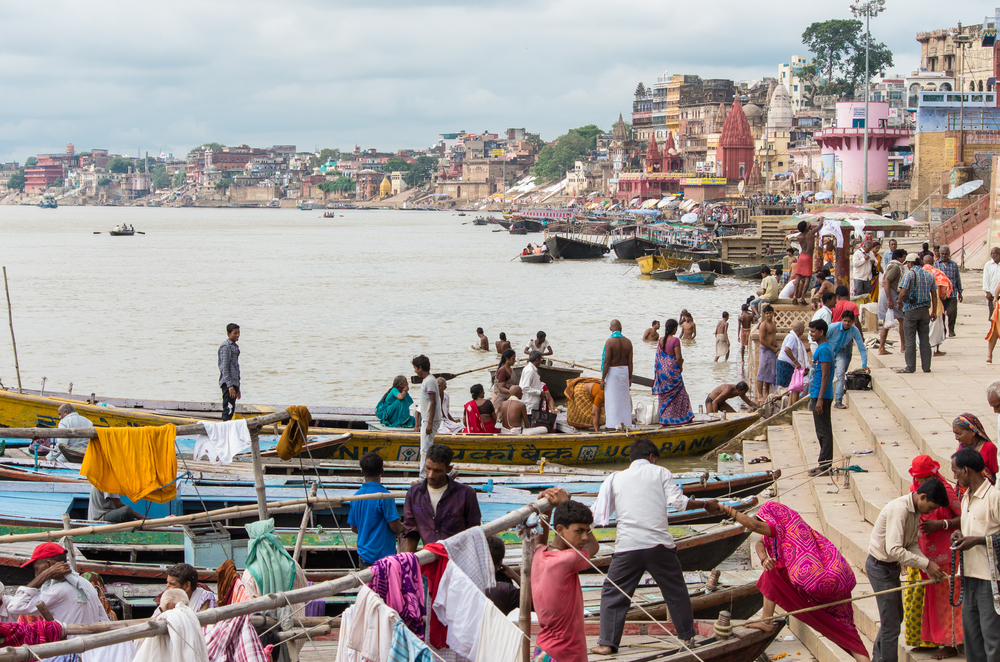 The Ganges at the city called Varanasi is the most holiest place, according to Hindu beliefs. It is here where the cycle of incarnations can be transformed into an eternal life in nirvana. Dipping yourself in the holy waters of the river Ganges will wash away your sins and cleanse your soul. It is here where you will witness cremations taking place by the river at the burning Ghats and where every evening a special lamp ceremony is held called the ganga aarthi. 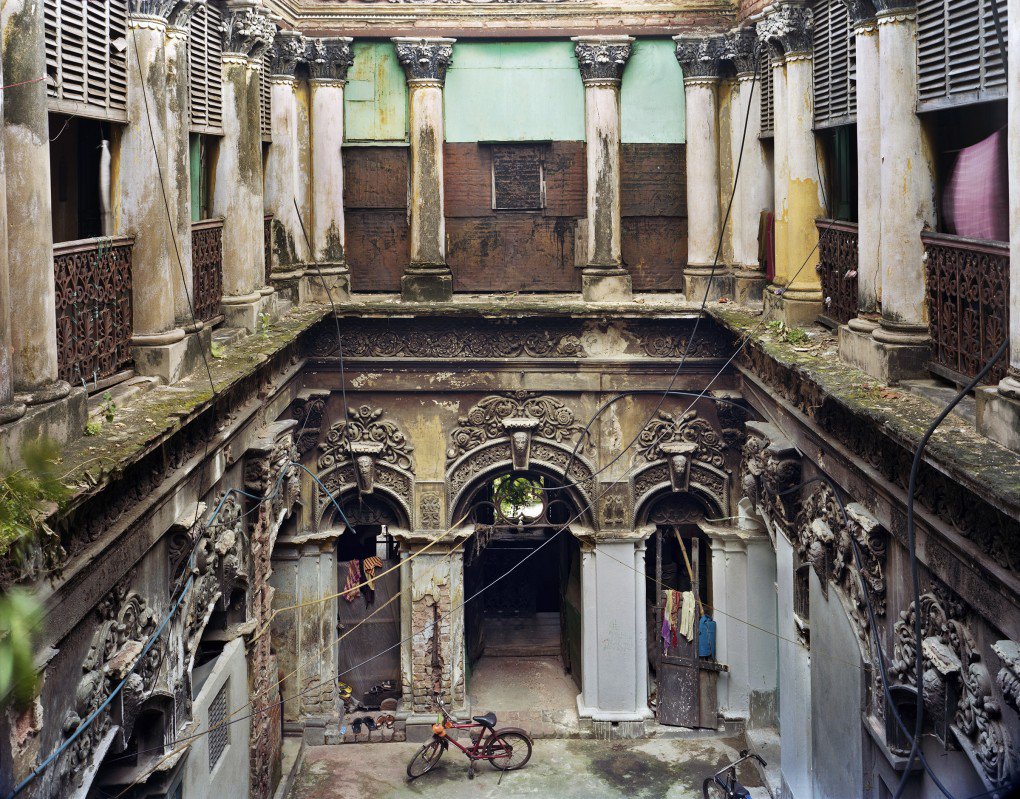 During the British Raj Kolkata transformed from one of the poorest areas in India into the capital of the British East India Company. Palaces were built and Calcutta was wealthy. It was the most important port to trade due to the perfect location of the city – a stone’s throw away from the bay of Bengal. When the British left, many palaces and houses have fallen into decay and once again Kolkata is one of the poorest cities of India. 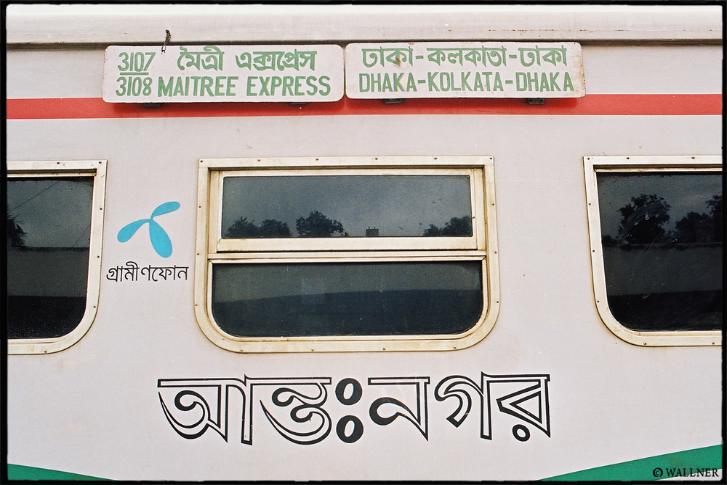 After partition, the Bengal province was torn apart. People lost their land and had to decide quickly whether to live in India or in the new East Pakistan. Families were separated, Bangladesh went into war to become independent. After 47 years of closed borders, India and Bangladesh had come to an understanding and brought to life an international train service called the Maitree Express. It is translated to Friendship Express. The service has only been running since 2008! India has only 3 international trains and the Maitree Express is one of them. 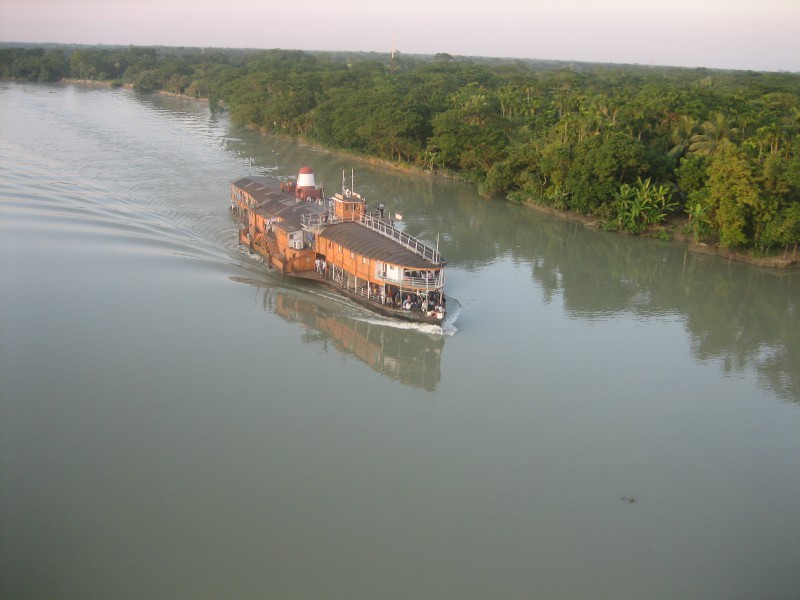 Once the fastest boat on the rivers of Bangladesh, now the 100 year old colonial paddle steamer is a romantic way to travel some of the 700 rivers Bangladesh was flowing from the North towards the Bay of Bengal. The white wooden first class cabins are comfortable. The restaurant serves their freshly cooked Western and Bangladeshi meals on fine china and are served by staff wearing white gloves, just like the old days. This tranquil voyage is one to be remembered as a unique experience before heading into the Sundarbans. 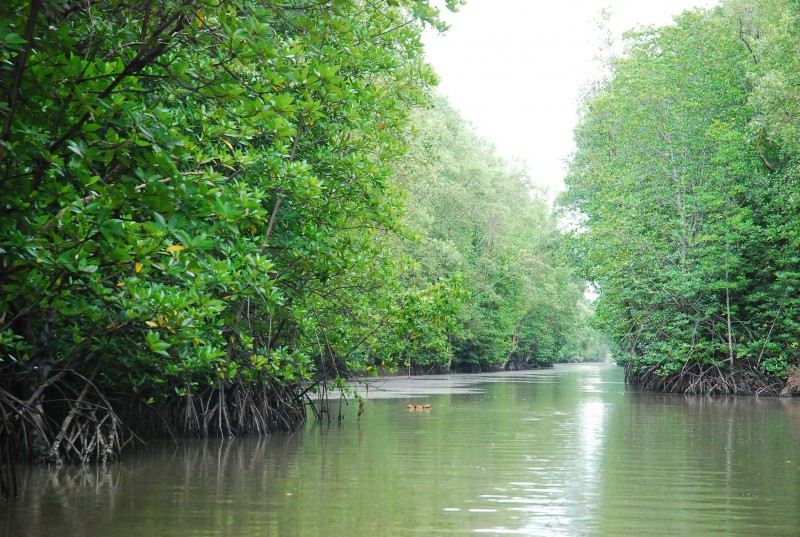 The Sundarbans is the biggest mangrove swamp in the world and home of the royal Bengal tiger. As much as I would love to see one in its natural habitat it is most likely we won’t get to see one. The Sundarbans also houses the Ganges dolphins, crocodiles, turtles, chital, wild boar and many species of birds. Typical boats called launches will take us deeper into the mangrove forest where we are able to go on land and discover the really wild and undisturbed nature.

To find out more about the tour in February 2016

Leave a comment and let us know what you think about this tour! If you have any questions? Contact us, we are here to help guide you through any questions regarding visa, flights, journey details, solo travel female travel and whatever else you might want to know about India.

There are no silly questions! 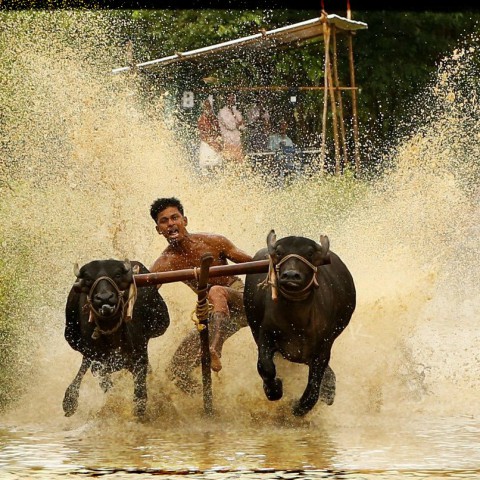 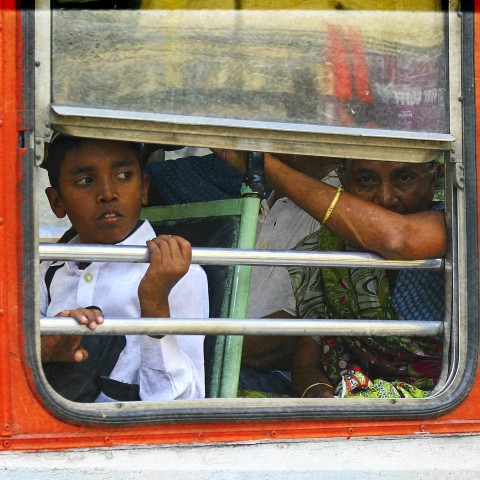 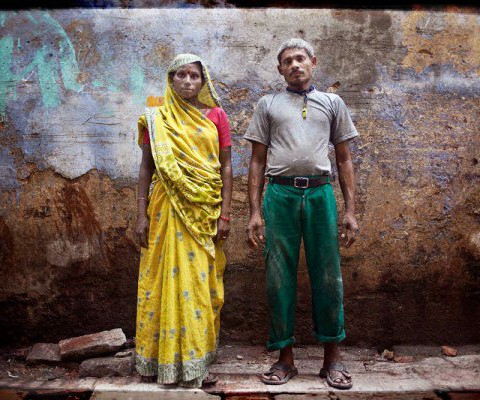