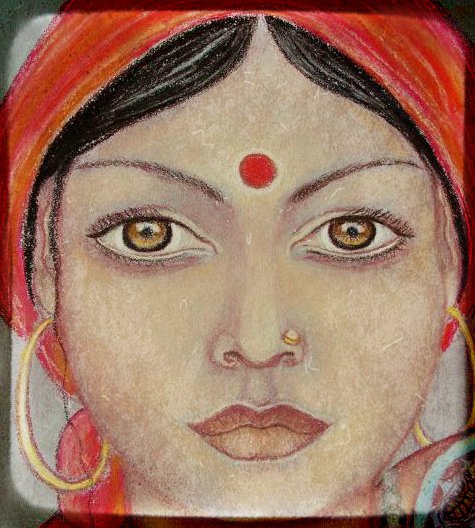 The Bindi has many meanings at the same time

A bindi is a decorative visual art on the forehead and relates to the Hindu religion. In most cases it signifies a woman is married. It is of great importance to the people and the women wear the bindi with pride. It belongs to their culture. The bindi is worn exactly between the eyebrows. The position of the bindi, the third eye,  is on a major nerve point in the human body since ancient times, also loosely known as tikka, tilak,  pottu or kumkum.

The area between the eyebrows, the sixth chakra known as “ajna” is the point of command and concealed wisdom. According to an ancient cult, when meditating the Kundalini energy rises in the body. The energy is retained within the body as the bindi prevents the energy from releasing. 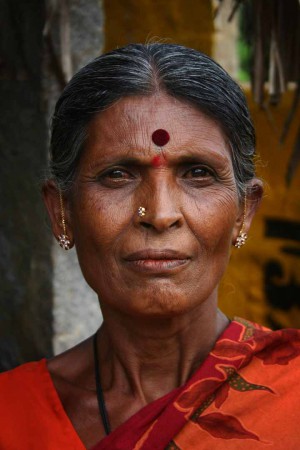 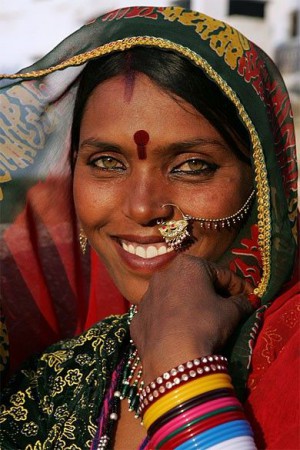 The tip of the ring finger is used to create a perfect dot. It isn’t an easy task as it takes effort, practise and skill.
The traditional colour is red or maroon and is applied to the forehead with a single, quick, but firm touch to the sixth chakra using a pinch of vermilion powder . The modern woman can also buy a sticker bindi, a much easier option. It is made of felt and a perfect round shape with glue on the reverse side to hold it firmly in place.

Moderns bindis are used for decoration and to enhance the female beauty. They come in many shapes, sizes and colours. I have seen many girls wearing bindis on the streets of London. Some discourage it and say it is of religious significance to wear a bindi – other say by wearing it they embrace the Indian culture. 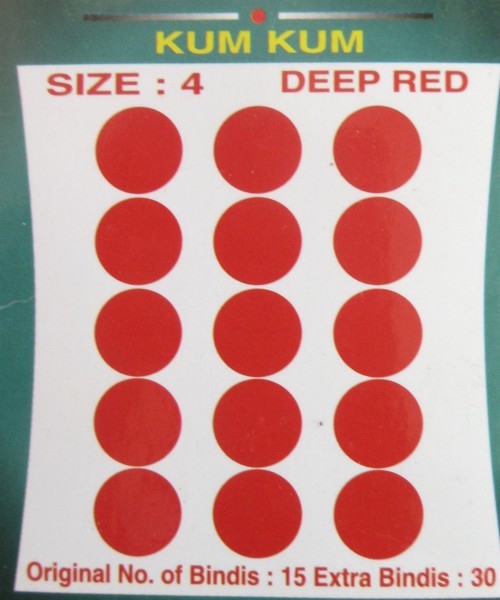 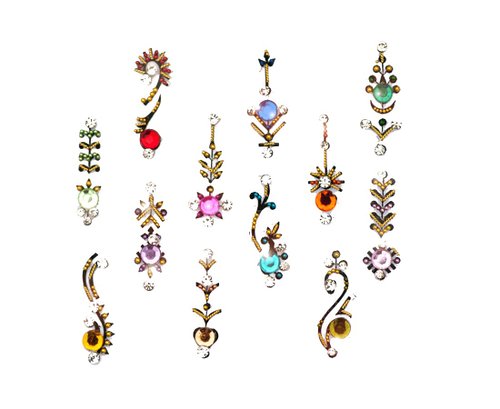 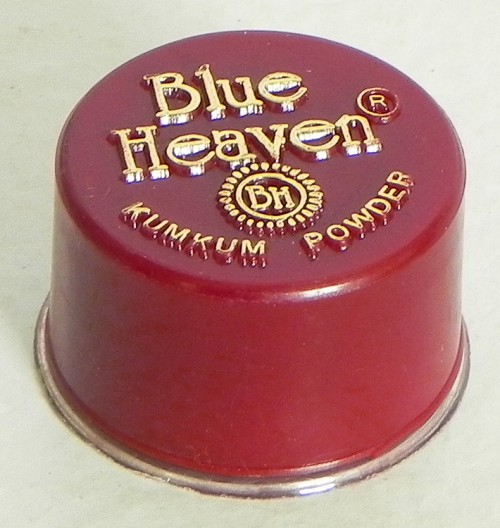 The images above are examples of bindis. The first is a sticker bindi, followed by the modern take on the traditional bindi, worn as decoration. The last image is an original box  of vermilion power, the traditional way to apply the red dot.