This is a selection of hidden gems and the lesser known India.
Places hardly any tourist knows about.

This is what ROARR Travel calls THE REAL INDIA

Also see our recommendations for the Highlights of India where we share with you the wonders from across the land.

Take your time and do your research. India is a travellers paradise, but is it for you? We are here to guide you through some ideas and help you create your ultimate India adventure. So contact us! 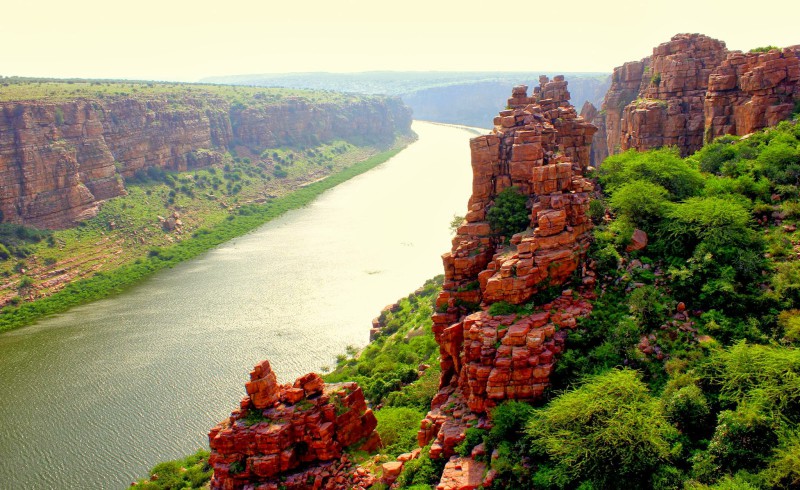 The best time to visit is just after the Monsoon, when the Penna river down the valley is filled with water. October – February is perfect. The walls of the gorge are extremely impressive. The fort was built in the 13th century and the walls are made of red stone. Just a few steps from the Ranganatha Swamy temple the amazing view starts to appear behind massive boulders and stone walls. You could spend a day walking in the local village, see a handful of ancient temples within the fort and take in the stunning views at the view point. It’s a 6 hour drive from Hampi and 7 hours from Chennai and Hyderabad. This really is a hidden gem! 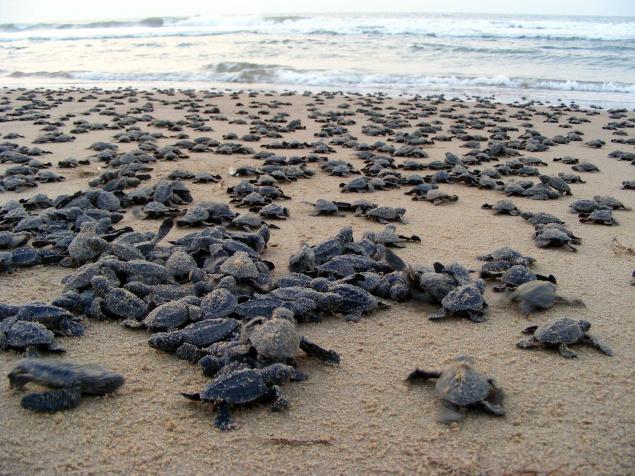 The Olive Ridley turtles are extremely rare and this beach in Orissa is the biggest nesting ground for the turtles to lay their eggs. Each female lays about 100-140 eggs and reports say that thousands of turtles return each year to this area. They begin arriving in sporadic numbers to these beaches for mating by mid-November and is at its peak in early December. Nesting takes place 45 days after mating and hatching after 45 days of incubation period. Arribada (Mass Nesting) on a normal cycle should start by the second week of February for over a week when thousands of turtles arrive to Gahirmatha-Rushikulya beaches. If you are a nature lover, this would be a unique experience,  watching the cycle of nature take place in the middle of the night. 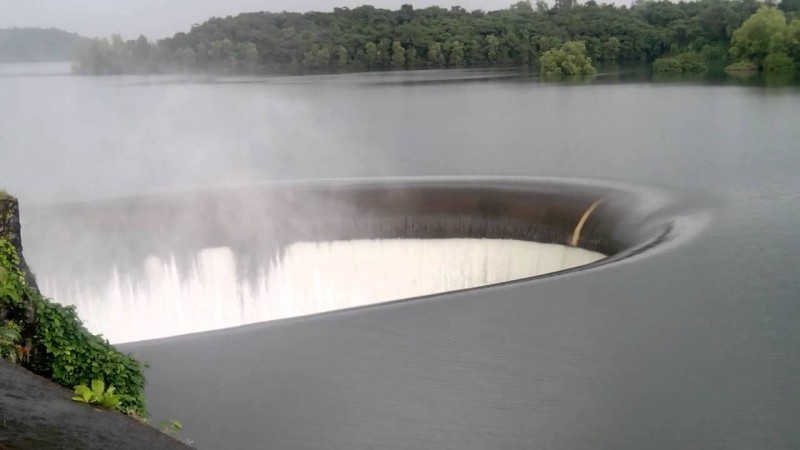 The Selaulim dam is about a 45 minute drive from Margao. It is Goa’s greatest man-made water storage resource, supplying 380 million litres of water a day for domestic and industrial use in South Goa. During the monsoons, the misty perspective of the ghats against the backdrop of the dam is truly spectacular. Once the Zuari river basin rises because of heavy rainfall during the rainy season, the water plunges down through a hole. It looks like something from a movie scene. If you are visiting Margao, it will be a nice escape from the city and you could continue to travel by train as The Mandovi Express is one of the best train rides in India starting in Margao. 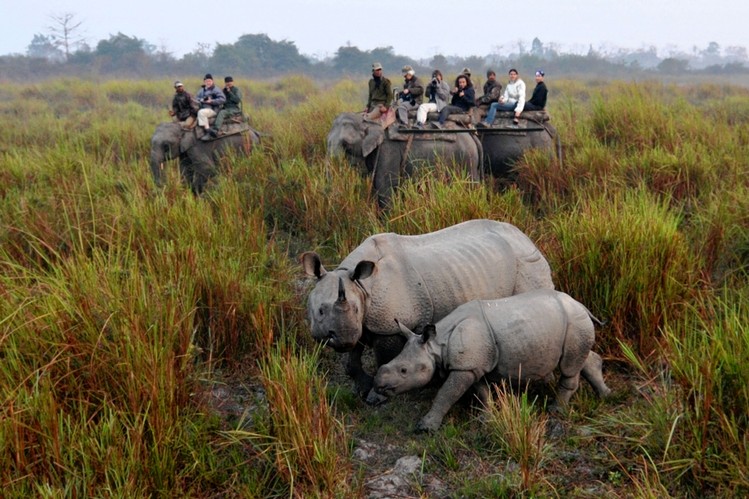 The park hosts two-third of the worlds one-horned rhinoceros and it is a world heritage site. A tour on the back of an elephant is the best way to spot the endangered species as they feel totally at ease. The rhinos have very poor eyesight, but have a great sense of hearing. Kaziranga has a vast stretch of tall grass and moist marshland, crisscrossed by four major rivers including the Brahmaputra. The best time to visit the park is between November and April. The history of the park dates back to 1904, when the park became a protected area. If you want a different safari experience Kaziranga is a good option to look into! 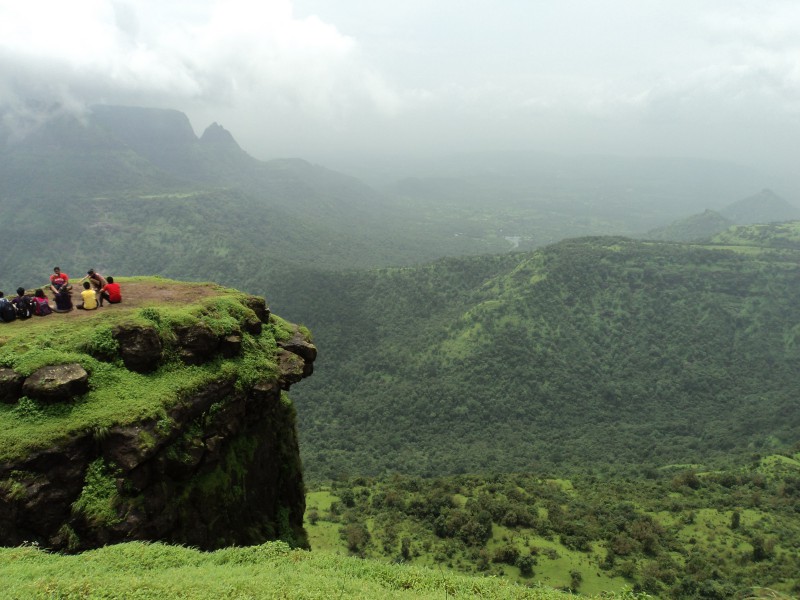 This smallest hill station of India is located 90km away from Mumbai and is THE weekend getaway for most Mumbaikars. Fortunately this area is protected and there are no cars allowed. The only way to travel is by horse, hand-pull rickshaw or by train. Not just any train, but a tiny toy train similar to the ones in Nilgiri & Darjeeling. There are 38 amazing lookout points where you could view the blanket of green hills where occasionally clouds pass through to make the scenery even more magical.

Arc across the Ganges 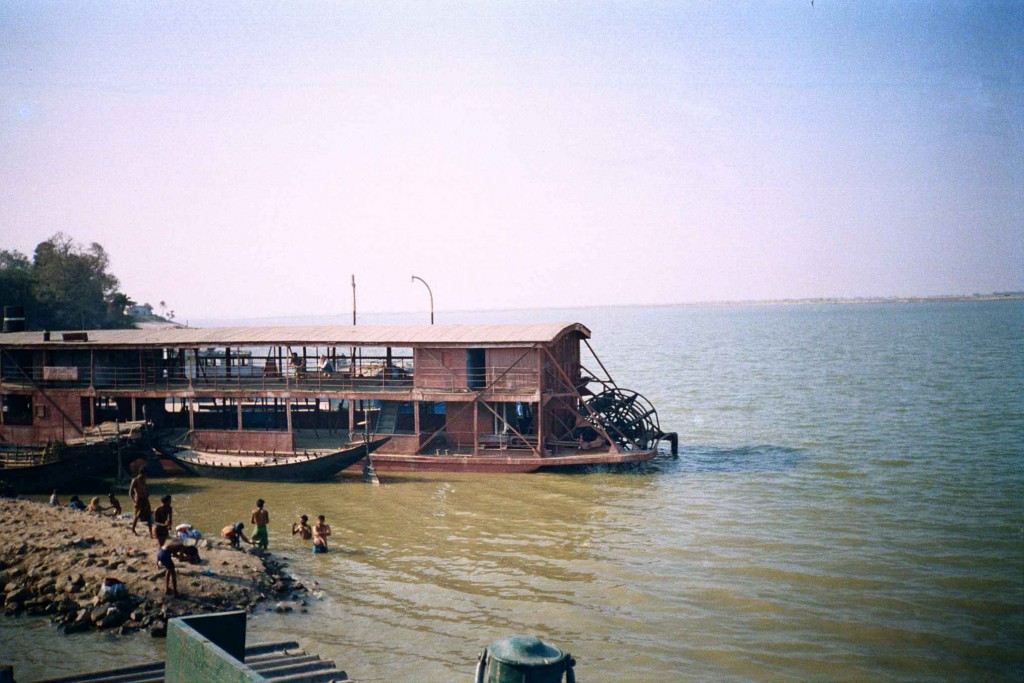 Between Manikchak, West Bengal and Rajmahal, Jharkhand around 350km north of Kolkata is a ferry that will tickle your fantasy. One of the few mighty wooden boats left crossing the Ganges are found in this region and this particular one is the finest. With visuals of an arc, you can cross the Ganges between the two small towns. You will hardly find any tourist here, most probably none.

Aboard this unique looking ferry together with the other typical daily commuters of cattle carts, cyclists, rickshaw drivers, donkeys, motorbikes, ambassadors, lorries and coaches. The river is so wide the banks of Rajmahal are not visible from the banks of Manikchak. More dams are built and bridges and roads are changing the landscape of India. In Bangladesh this is not the case, perhaps the rivers are mightier there? All at once all the commuters will wander about trying to leave the ferry, ignoring the officer blowing his whistle to no effect until all have exited the ferry and made way for a new load of commuters. Absolute organised chaos. The ropes are untied; the bent pole is pulled across the entrance and once again the ferry is off.

This is ROARR India. 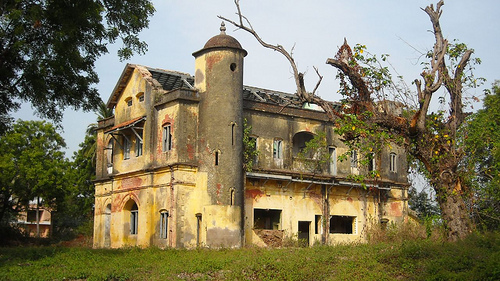 Cuddalore is a small district in the South of India on the Coromandel Coast only 20km from Pondicherry.

Cuddalore is as an old trading station from the French and the British era, inside a small seaside town, untouched by the outside world, certainly untouched by tourism, except for the very few who come in search of a small insignificant eighteen century British trading station called Fort St. David.

The trading station is a small fort, designed not to keep soldiers out or to fight battles, but to keep goods safe inside, as a modern warehouse would today. The fort was bought by the British from the Marathas via auction and they had outbid the Dutch and the French. The governor of Madras then called it Fort Saint David after a Welsh saint. The purchase price not only included the fort but also the towns and villages within the reach of a shot. A great gun was fired towards different points of the compass and all the country within its range passed into the possession of the British, including the town of Cuddalore.

The siege of Cuddalore
For eighteen months inside Fort St. David the British held out against a French siege. The tenacity and remorsefulness of Major General Robert Clive finally defeated the French. The battle for Cuddalore was won. This is the first of Clive’s many battles which formed British India. The fort now used as a house of the poor and their goats.

Regretfully the Tsunami of 2004 resulting in 572 casualties with several fishing hamlets disappeared. The historically important Cuddalore Port was devastated.  survived without damage. 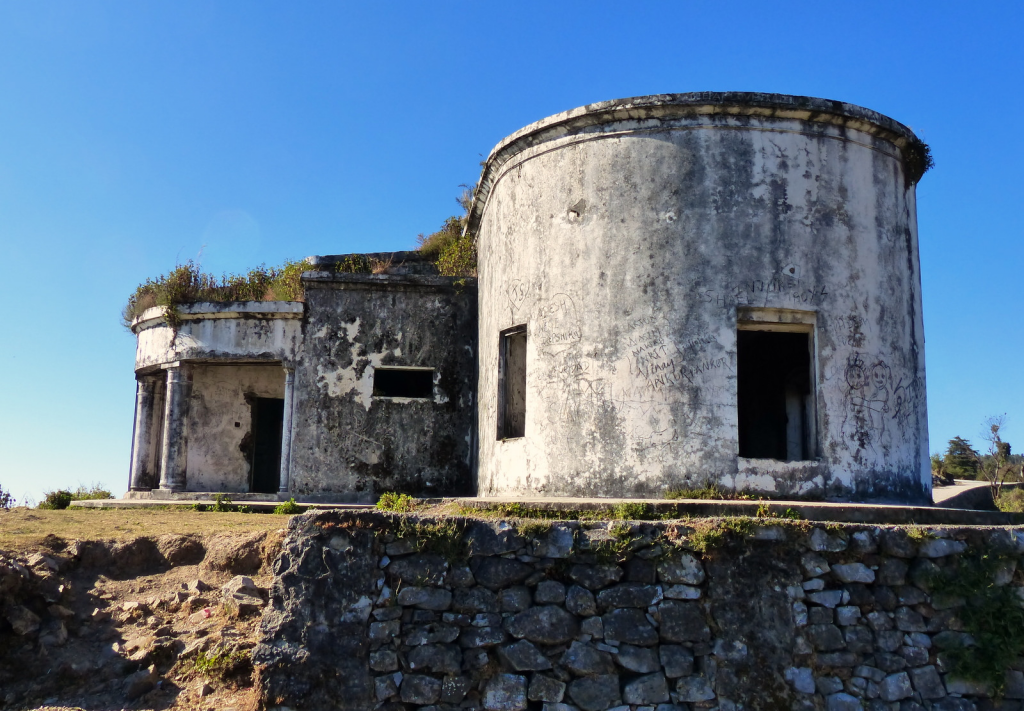 Of all the houses in the world this has to have the best setting of them all. Built on the foot hill of the Himalaya enjoying incredible views south onto the Indian plains 3000 feet below. Then look north. The views have got better all the way to the snow capped peaks of the great Himalaya range surrounding the Kashmir valley.

This white stucco house Everest lived in for many years working away at the information acquired during the 40 year expedition along the Great Arc of the Meridian. In his office at Hathipaon he worked on how high is the highest mountain? What shape is the Earth? Is it round or oblong? His maps finally depicted the growing British territories in India.

At Hathipaon there is no ticket booths, no coach parks, no tea stands and no souvenirs. It is a house and a view hidden from tourists. There are no barriers to stop the intrigued from exploring. Conrad has visited Hathipaon many times just to look at the views and enjoy the slow sound of the wind blowing up from the plains and pass the time of day with the odd goat herder. 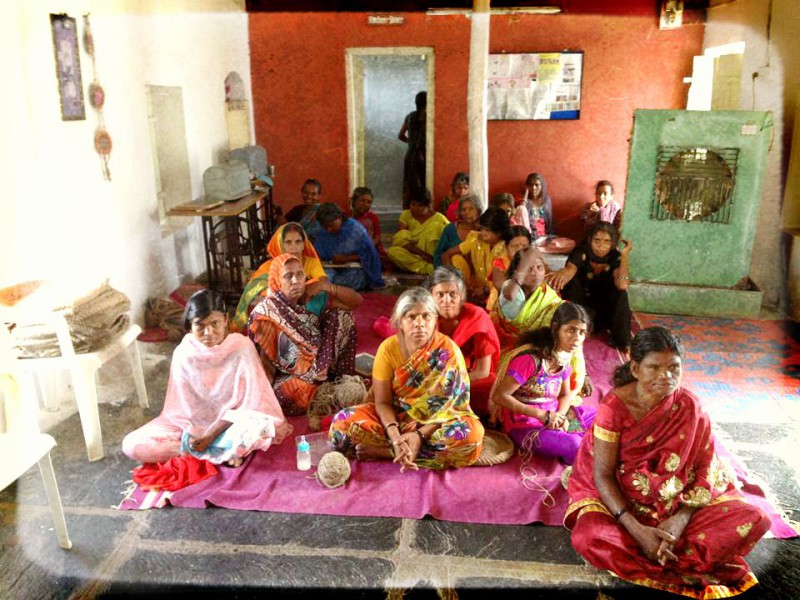 Dattapur is a village. This village, like so many villages throughout India is a community. It happens to be a community of leper. India’s first leprosy colony created in 1936.

Dattapur has strong connections with Mahatma Gandhi, who lived nearby in the village of Sevegram. Gandhi’s close friend and Sanskrit scholar, Shri Dattatraya Parchure Shastri, was so badly affected by leprosy that Gandhi initially failed to recognise his old friend. First, he was nursed in Gandhi’s ashram and then moved to Dattapur by Gandhi.

Gandhi in his letter to Shashtri writes, ” Shastriji, You have fallen ill! It is not good if it is from worry. But if it is death calling, there is no harm. You must go with a smile on your lips. And that too from a Lepers’ House. Whatever it may be, remain calm and sing Tukaram’sabhangs. Blessings from BAPU.”

Over the last 74 years, Dattapur has catered for hundreds of thousands of patients. The village massive infrastructure and 400 acres of land has provided shelter and quality of life to those who were otherwise forbidden to exist in mainstream society.

Conrad visited the colony at the invitation of Leah Pattison from the charity Women in Need (WIN), supported by ROARR Travel for many years now. WIN use part of the leper colony for their own patients. However the importance of Dattapur is it is an Indian self-sufficient village. The villages grow their own crops, make their own cotton material and footwear and lead their lives with a sense of community and dignity.

It is a truly unique experience to visit Dattapur. If ever the slogan “See the real India” applied it is in this village hidden away from the monuments and the tourist crowds. 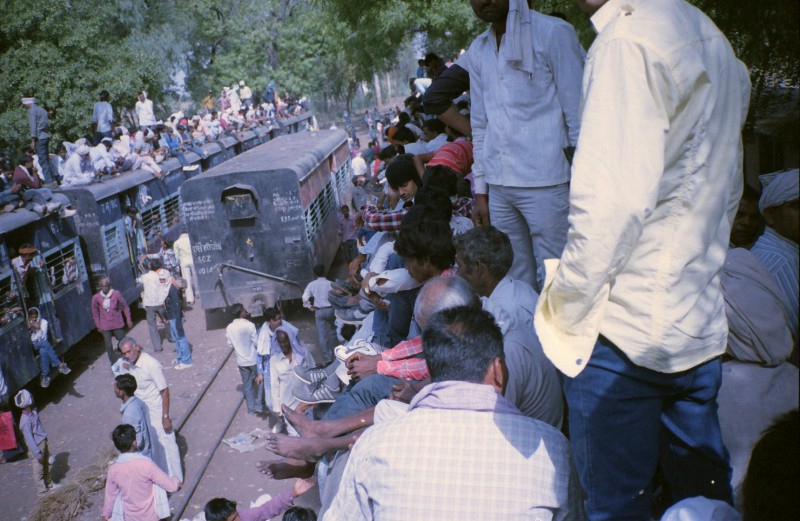 At 6.30 every morning from Gwalior mainline station, a toy, narrow gauge train leaves the station for an all-day journey across the central plains to a small town called Sheopur.

Iconic pictures of India include trains covered by a mass of ugly humanity. They look like flies. With the Sheopur train this is certainly true and the last train in India to travel long distances at such a slow speed, even encouraging her pitiable passengers to travel on her roof. It’s a magical journey.  The space between the train and the passing walls of the slums is the width of one man. No more.

Occasionally the small train passes down the main streets, mixing with the slow bullock carts. The shoppers do not look twice at this imposing snake weaving towards them straight from the slums. The last station in Gwalior is delightfully shaded by the large green canopies of mature banyan trees.

This 12 hour long train ride can be cut into a shorter journey, but truly is an Indian experience, especially if you join the locals on top of the roof like Conrad did.

Read Conrad’s Travelogue about his journey.